With climate change so dependent on socioeconomic development, we need scenarios of possible socioeconomic futures to explore projections, implications and solutions to climate change. Such socioeconomic scenarios provide a consistent set of assumptions about societal, technical, cultural and economic developments over the 21st century. To reflect the multifaceted and inherently uncertain nature of these developments, they often centre on a broad narrative about the world’s future. The narrative is augmented by quantitative projections of factors like population, economic activity, and urbanisation that are needed as inputs to energy, land use, climate impacts and integrated assessment modelling.

The current generation of socioeconomic scenarios in climate change research is increasingly based on the Shared Socio-Economic Pathways (SSPs). The SSPs offer a systematic exploration of possible socioeconomic futures in terms of widely different predispositions to mitigate and adapt to climate change. Socioeconomic challenges to mitigate vary, e.g., with the resource and carbon intensity of consumption. Socioeconomic challenges to adapt vary, e.g., with the level of education, health care, poverty and inequality in societies around the world. 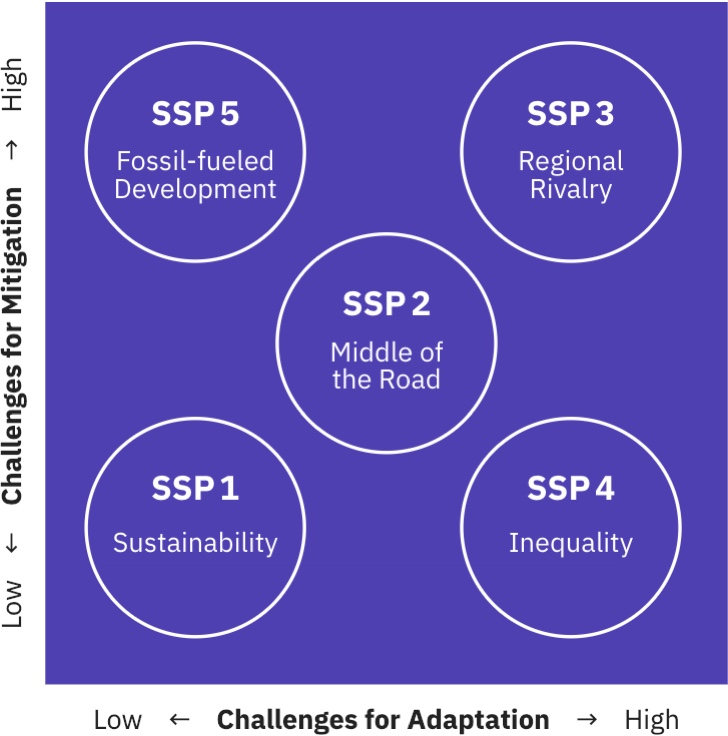 The SSPs comprise five different narratives of the world’s future augmented by an expanding set of projections, e.g., for population, economic activity, urbanisation, and income inequality. The SSPs fall into the category of “Projections” as defined in the introduction although they have been named “Pathways” when introduced to the literature. While the use of “Pathway” for goal-oriented scenarios is more common in the literature, the term has also been used to describe a subset of trajectories of a multi-dimensional scenario. 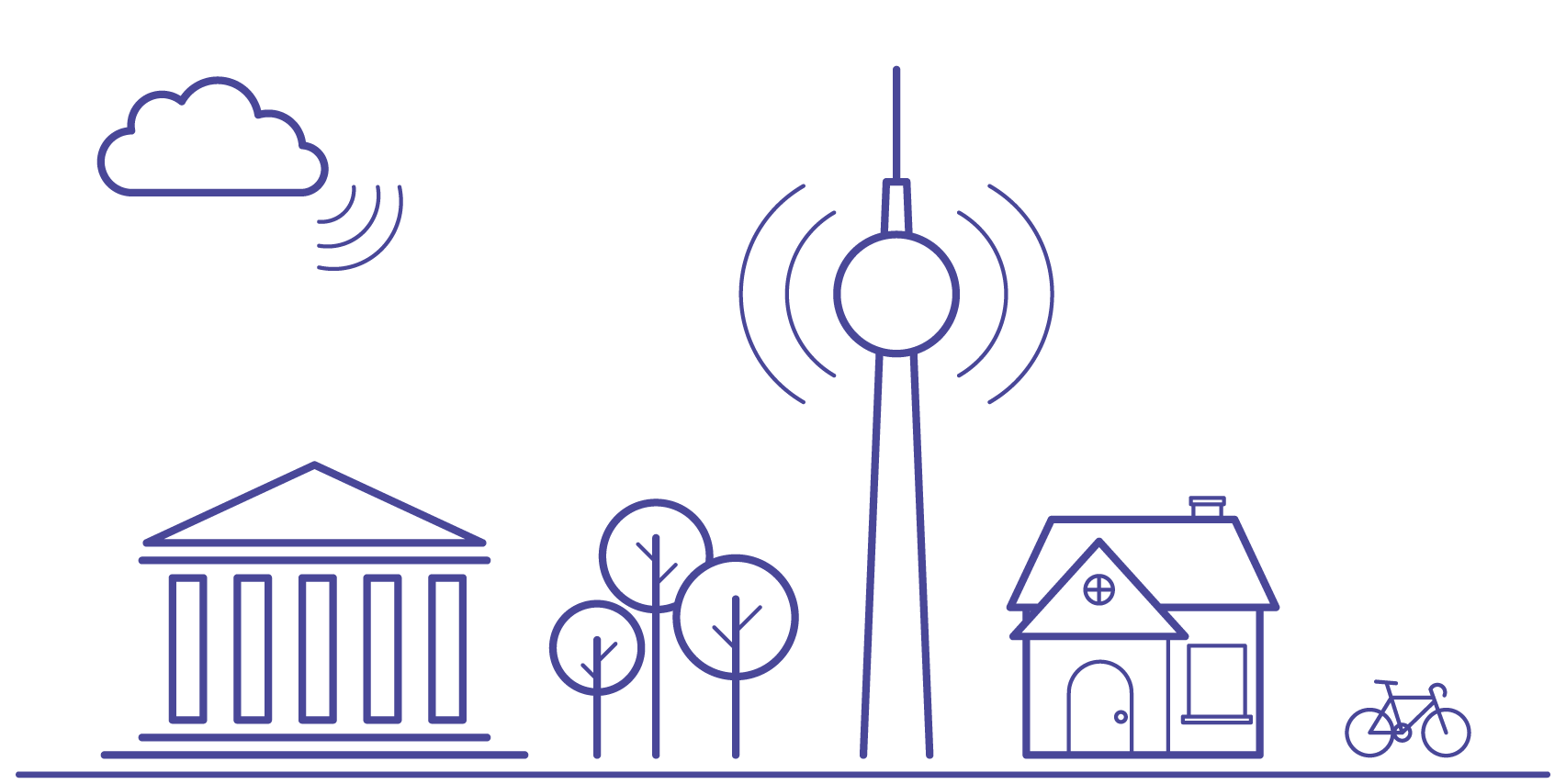 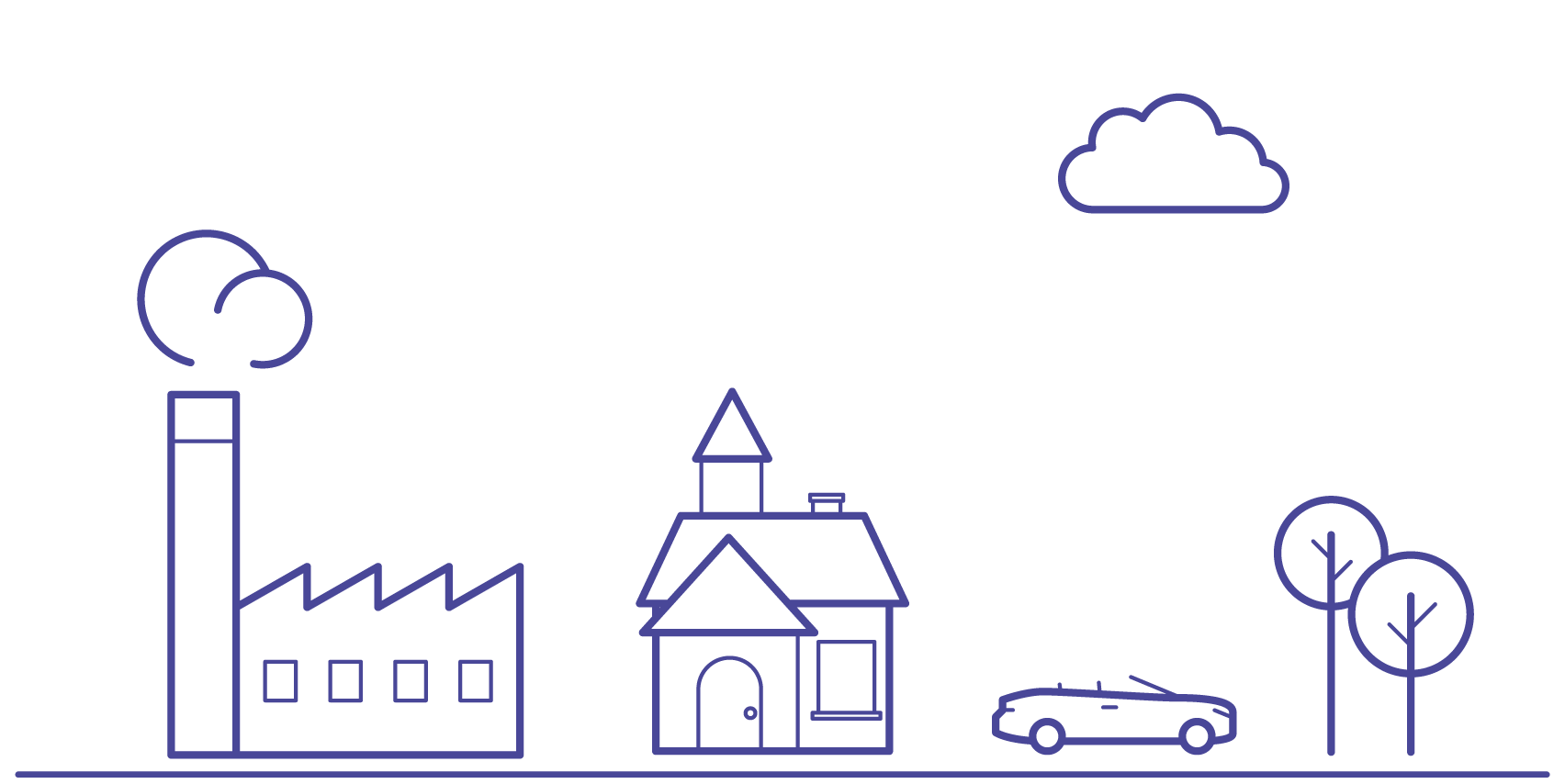 SSP 2: Middle of the road 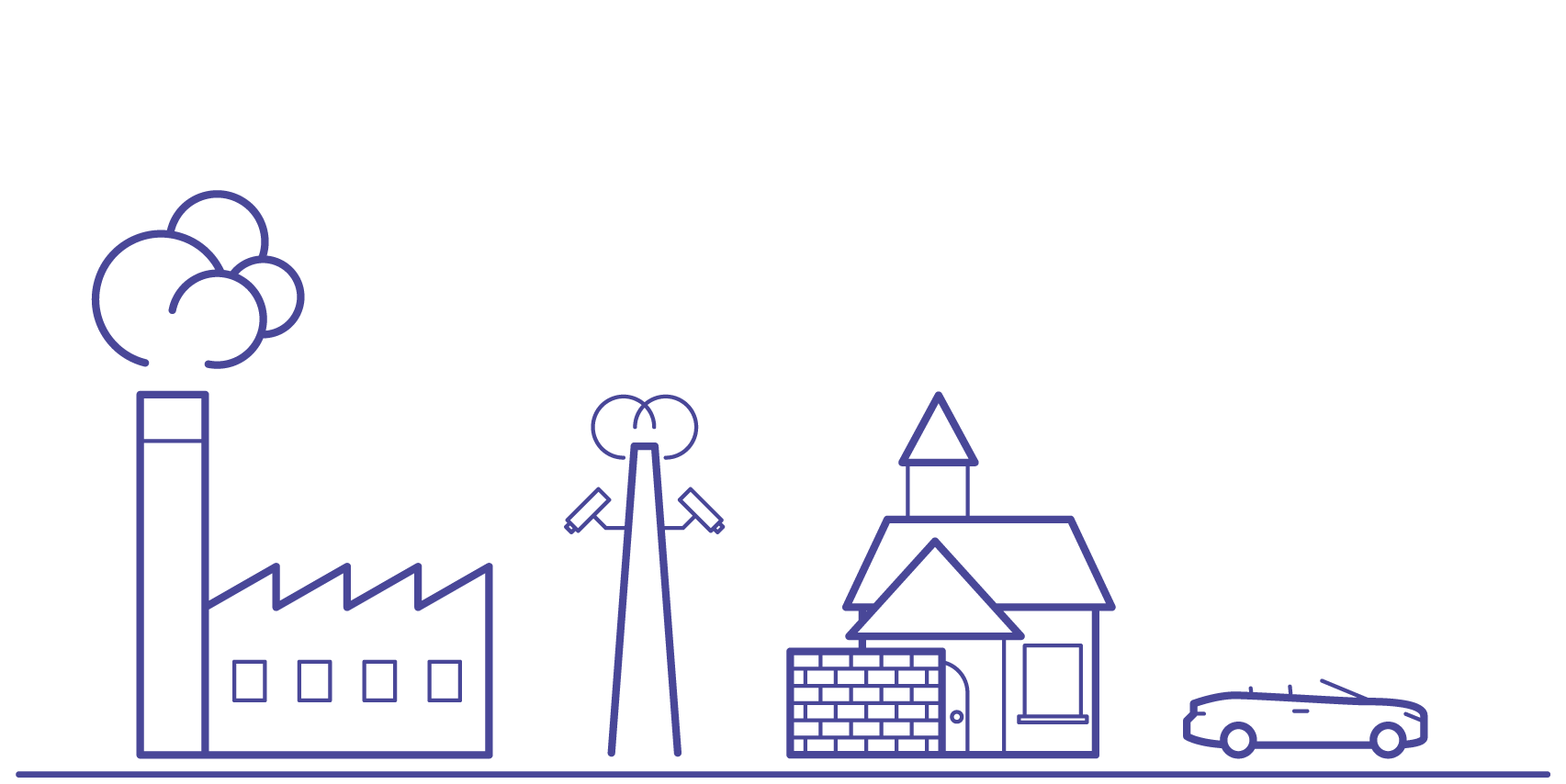 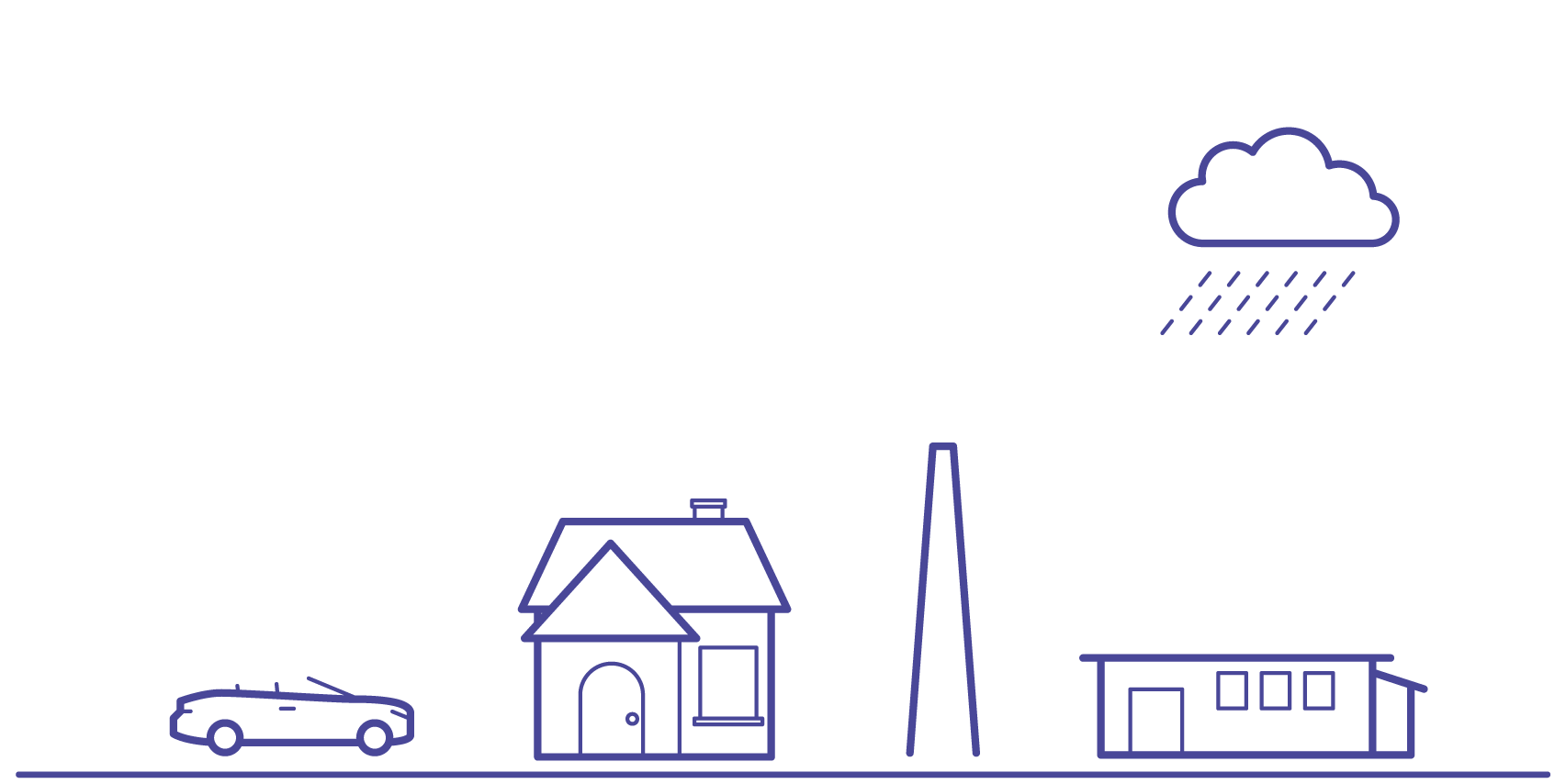 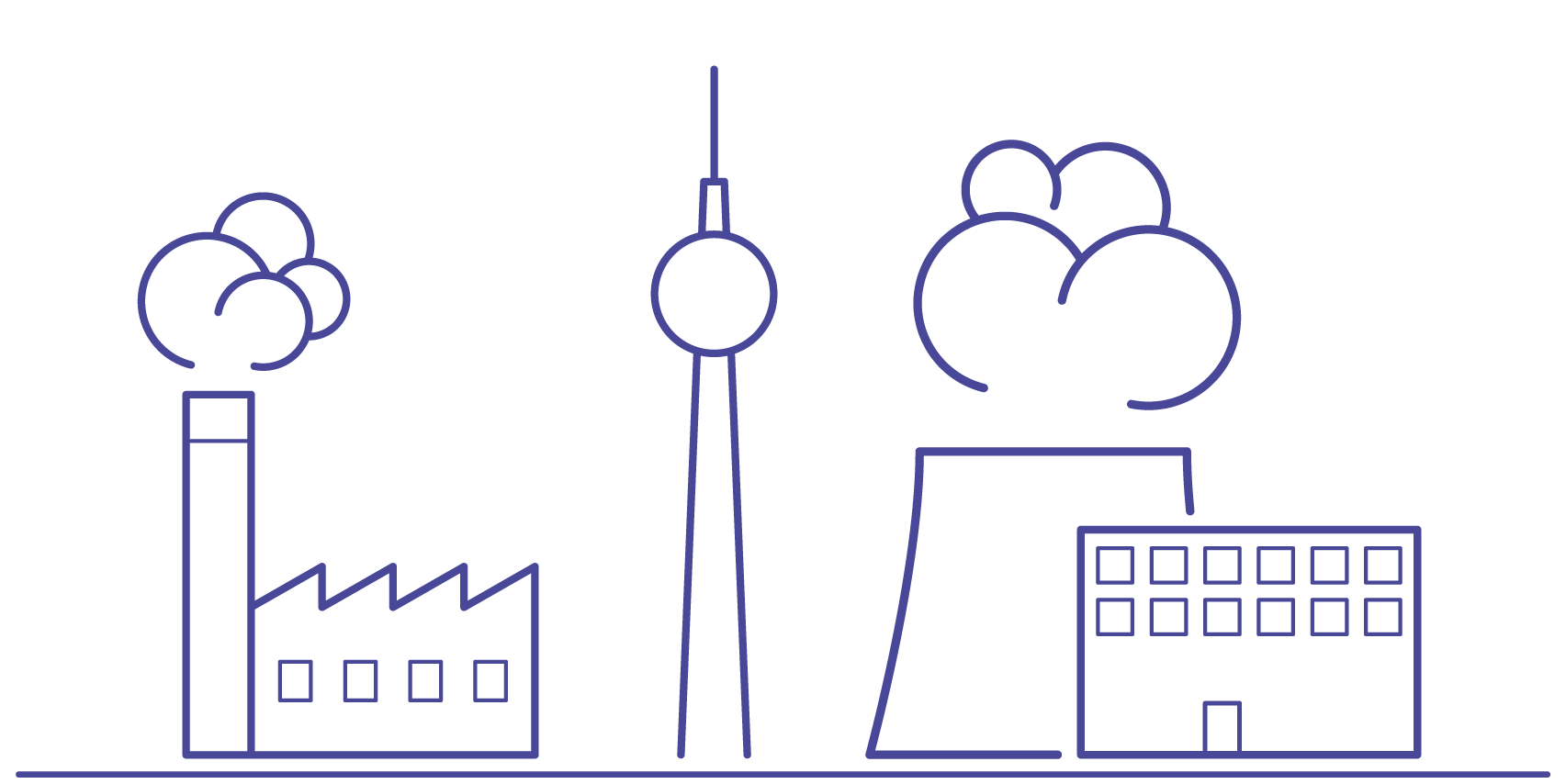 These narratives play out differently for key characteristics of socioeconomic futures. In the following charts, a few of these key characteristics are mapped across the five SSPs covering the space of varying challenges to mitigation and adaptation: Education, Trade, and Technological Development. 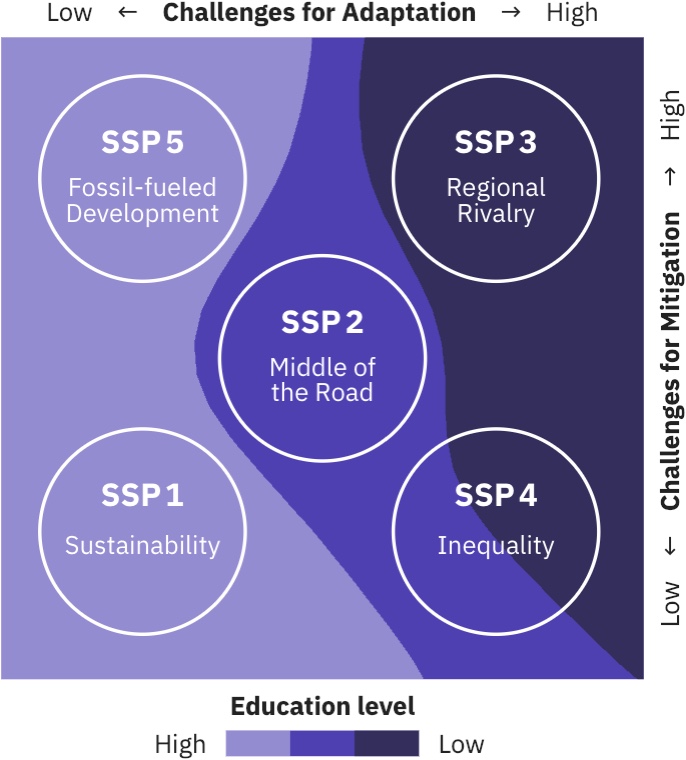 The amount of international trade is an indicator for globalization. SSP 5 is the most globalized world, while regional rivalry in SSP 3 is posing a barrier to globalization. The other futures have intermediate levels of globalization (SSP 2), a balance between globalized institutions and an emphasis on local communities (SSP 1), or fragmented societies with a globalized elite and disconnected local work forces (SSP 4). 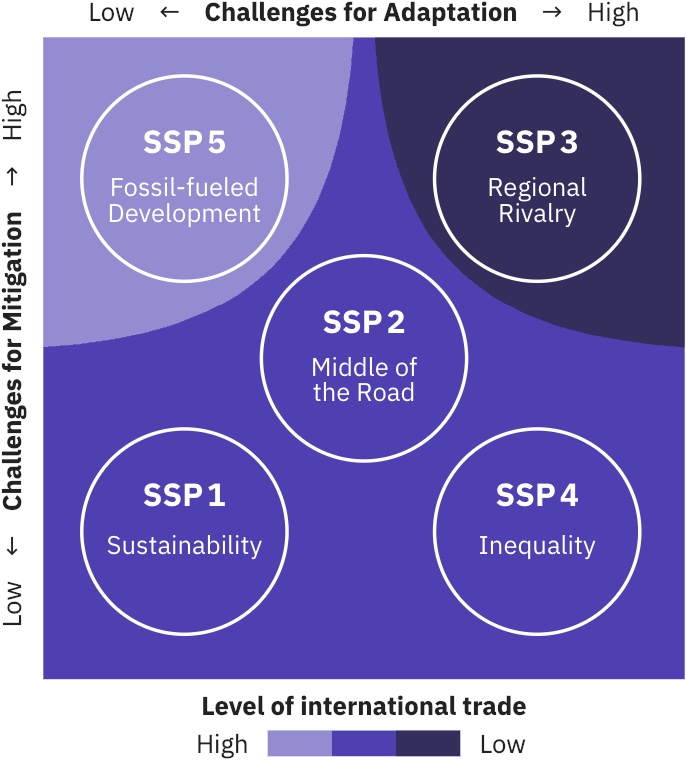 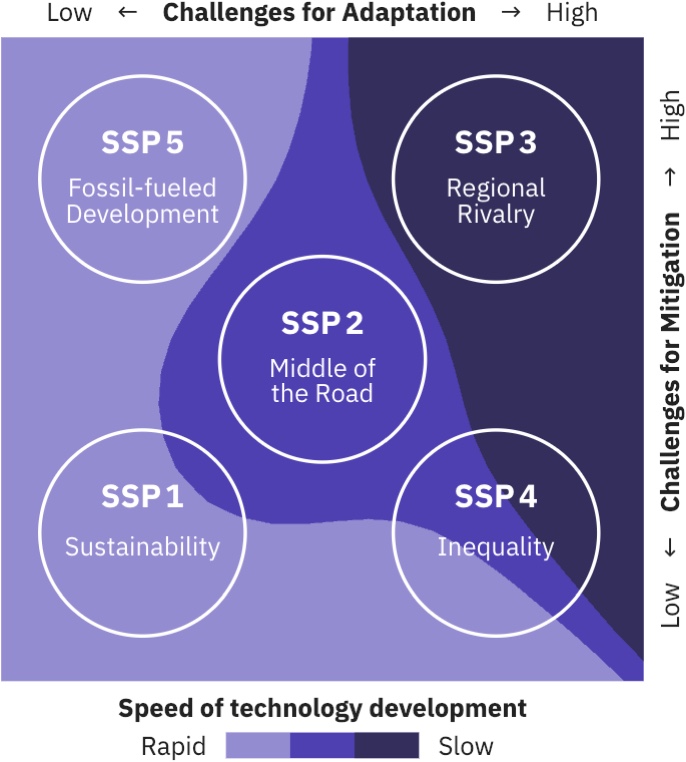 Land use change regulations aim to conserve land that contributes to negative emissions and thus, to avoid deforestation. In SSP 1 inclusive development that respects environmental boundaries induces strongly regulated land use change, e.g. tropical deforestation rates are strongly reduced. In contrast in SSP 2 and SSP 5 trends do not shift much from historical patterns and thus land use is incompletely regulated, i.e. tropical deforestation continues, although at slowly declining rates over time. In SSP 4 land use is only effectively regulated in wealthy regions, whereas in SSP 3 the poor protection of forests is omnipresent.

Energy, Land Use and Emissions