How are Socioeco­nomic Develop­ment and Climate Change connected?

Climate change and socioeconomic development are deeply intertwined. Social and economic activities are the main driver of climate change. In turn, climate change will have serious impacts on these activities, e.g., by rising sea levels and exposure to severe weather events. 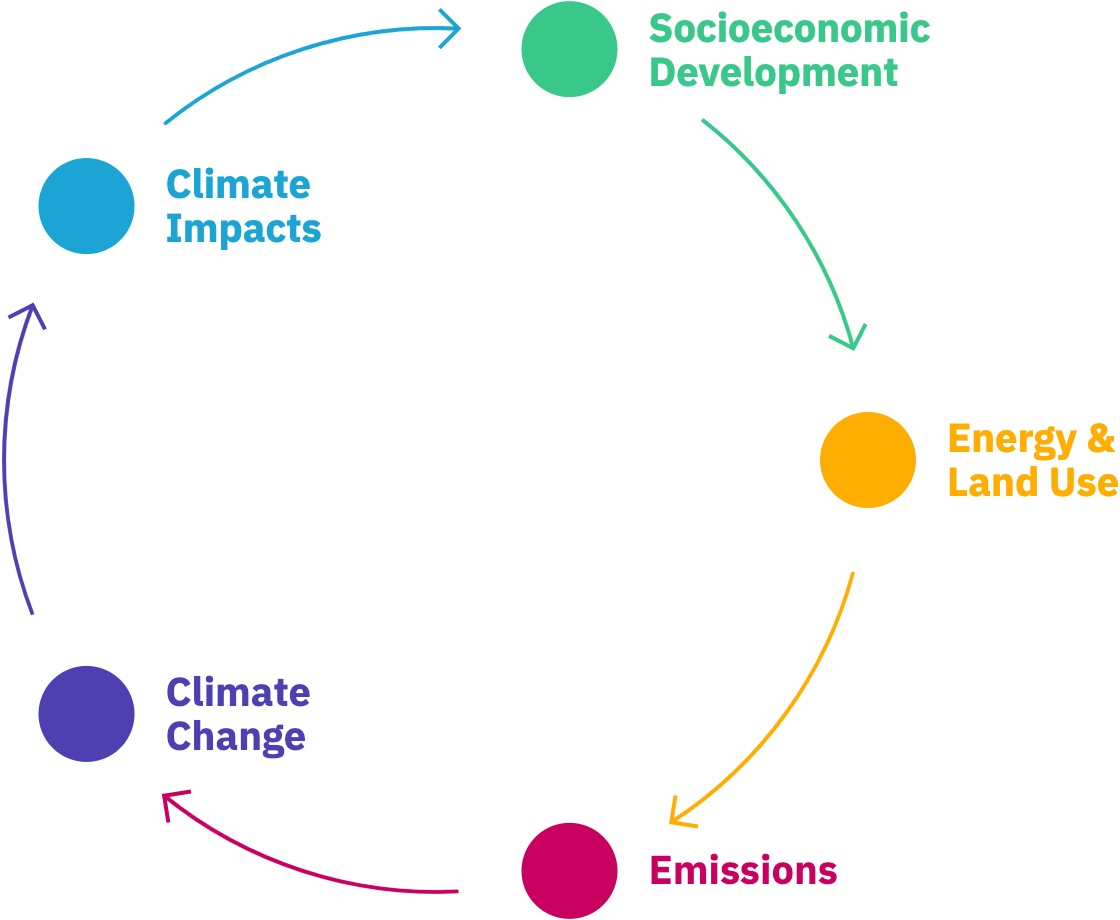 Let’s take a closer look at the cycle above to understand the underlying relationships. Since it is us humans who drive climate change, we can also act to reduce the impact of our activities on the climate (mitigation) as well as the impact of climate change on us (adaptation).

Socioeconomic Development comprises a myriad of factors like population, economic activity, urbanisation, education, social equality, consumption patterns, lifestyles, and institutions. These factors determine the way we live, including how we use energy and land. Socioeconomic scenarios are used to describe possible socioeconomic futures.

Energy & Land Use are the main source of human greenhouse gas emissions and air pollutants which both interfere with Earth’s climate. Greenhouse gas emissions include carbon dioxide from the combustion of fossil fuels and deforestation, methane from livestock, rice paddies, waste fills and fossil fuel exploration and nitrous oxide from agricultural sources. Projections of future energy and land use and associated emissions are derived from energy-economy and land use models, often coupled together to form integrated assessment models.

Emissions raise the concentration of greenhouse gases and air pollutants in the atmosphere. This changes the balance between incoming sunlight and outgoing heat radiation at the top of the atmosphere, leading to a radiative forcing of the climate system. Carbon cycle, atmospheric chemistry, atmospheric transport, and radiative transfer models are used to convert emissions projections into concentration and radiative forcing projections.

Climate impacts will – and already did – influence social and economic activity. Socioeconomic damages emerge not only from the direct impact on physical infrastructure, human productivity, natural resources, and ecosystem services. They also emerge from indirect impacts such as disruptions of globally connected supply chains, deteriorating institutions and climate impact induced migration. Importantly, direct and indirect damages are not only a function of future climate change and adaptation measures, but also depend on assumptions about broader socioeconomic developments.

The link between climate impacts and socioeconomic damages is the most complex in the circle and there are still significant knowledge gaps and research challenges. Integrated assessment models use climate damage functions mapping warming levels to overall reductions in economic output. Macroeconomic general equilibrium models use climate damage functions on inputs and production factors of affected economic sectors. Both have to be reconciled with a growing body of empirical findings of substantial climate and weather impacts on societies today. 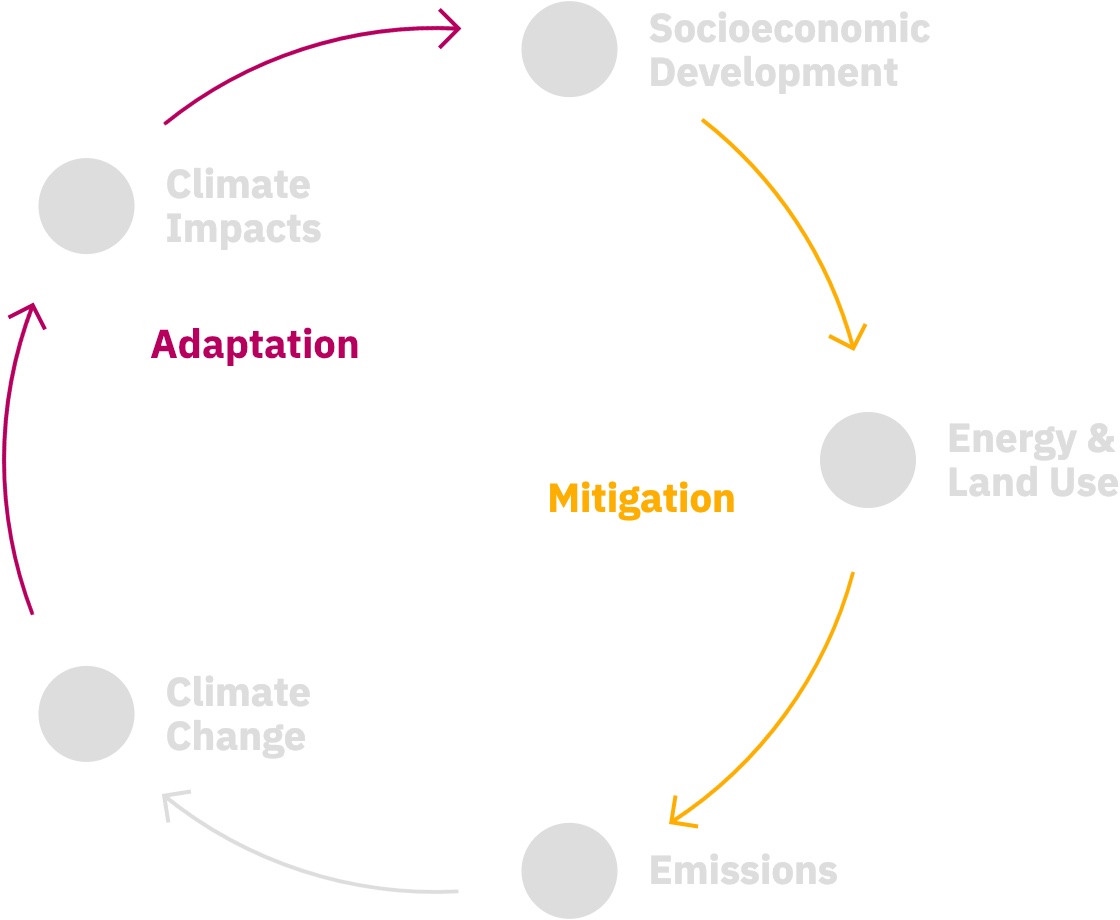 Integrated assessment models are an important tool to analyse our response to climate change. Since they capture the link between socioeconomic developments, energy and land use, and emissions, they can be used to investigate emissions reductions strategies to stay below a certain warming limit (mitigation pathways). Likewise, biophysical and economic impact models can be used to study adaptation measures to limit the impact of climate change on socioeconomic activities (adaptation pathways).